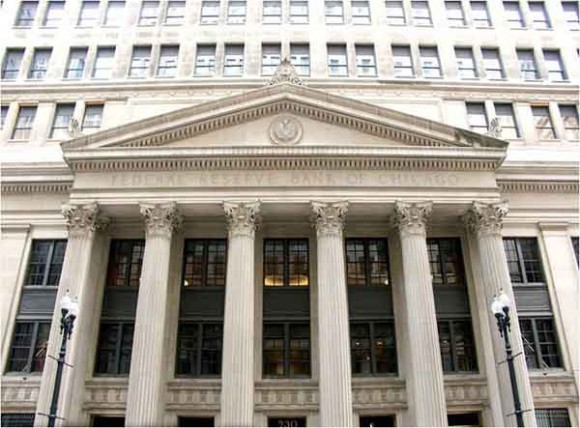 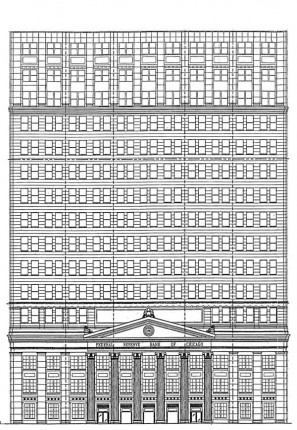 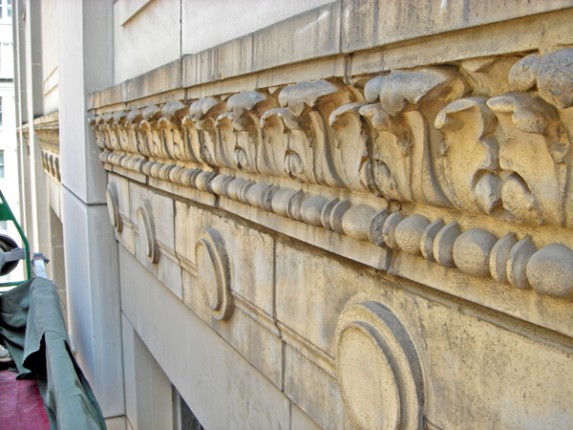 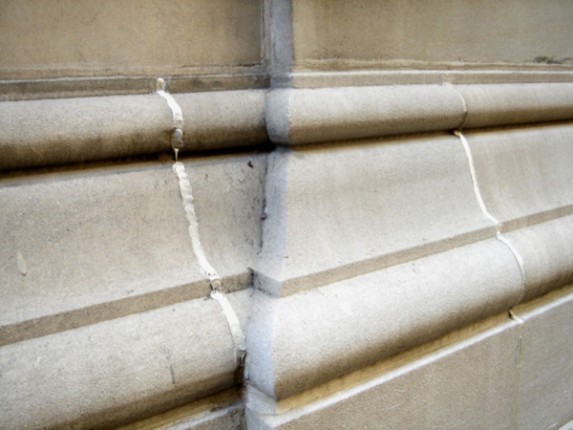 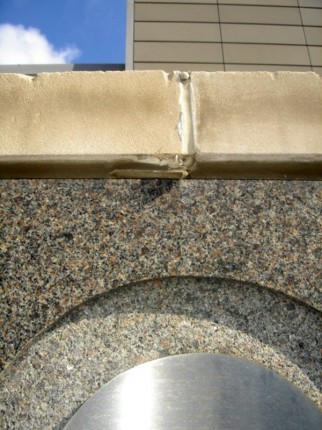 Construction of the Federal Reserve Bank building was completed in 1922. It was designed by Graham, Anderson, Probst and White, a firm responsible for developing many of Chicago’s architectural landmarks. The building’s front facade, with its Corinthian colonnades rising 65 feet, was designed to produce “the impression of dignity and strength, in harmony with the power and purpose of the institution,” according to a newspaper of the day. The bank featured a large open staircase in the LaSalle Street lobby that led to the second floor. There visitors found a central lobby with teller windows designed for bankers seeking loans from the “Discount Window.”

Bauer Latoza Studio was retained to restore the limestone exterior of the original bank building. The scope of work included: replacing decorative limestone panels; repairing cracks in the limestone; replacing steel lintels; and cleaning the building.

At the time of construction, the building was described in news stories as an architectural marvel: massively tall, completely modern, and technologically state-of-the-art. The 17-story building had the largest vaults ever constructed at the time and an innovative intercommunication system wired throughout.